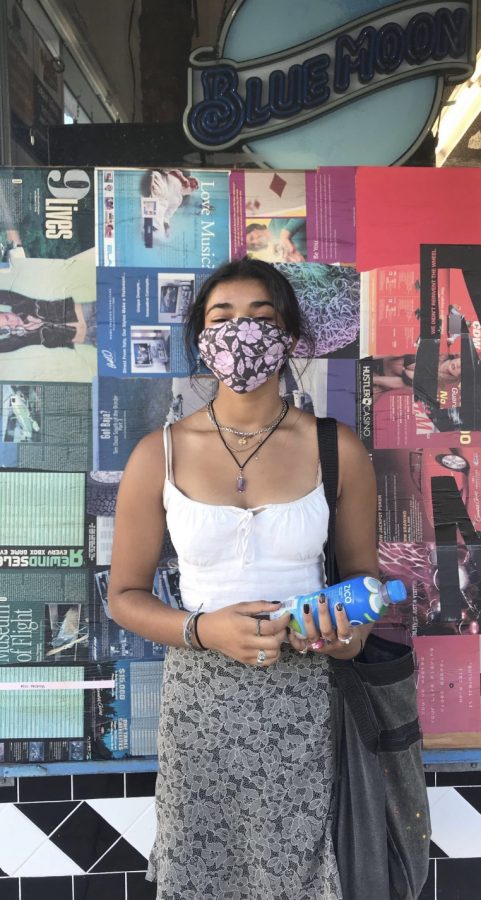 Aria Deshpande, sophomore at The Bay School of San Francisco

The Catalyst (TC): What is your school doing for the fall semester: on campus, hybrid, or online?

TC: What does your typical school day look like?

AD: I wake up, and then class starts at 8:45, and we have two and a half hour classes Monday through Wednesday, and two classes each day. Then Thursday and Friday we have three 60 minute classes. Each class we have two times a week.

TC: What do you wish your school would do for the fall semester: on campus, hybrid, online, or something else?

AD: I wish they would shorten the school days, so that we don’t ever sit on zoom for so long. And maybe we could have some classes do asynchronous work.

TC: NDB is continuing online distance learning until December. What do you think about that?

AD: I think that’s a good idea because a lot of schools are going back and it’s not doing so great.

TC: Has your school made an announcement about when they’re continuing online distance learning through?

AD:  I don’t think so. I think they said they would reevaluate after winter break.

TC: How are you doing with school right now, academically, socially or personally?

AD: Academically I’m doing fine. Probably the same as I would have been doing in person. Socially, I’m not that great, but it doesn’t really bother me that much. Personally, also not that great.

The Catalyst • Copyright 2021 • FLEX WordPress Theme by SNO • Log in