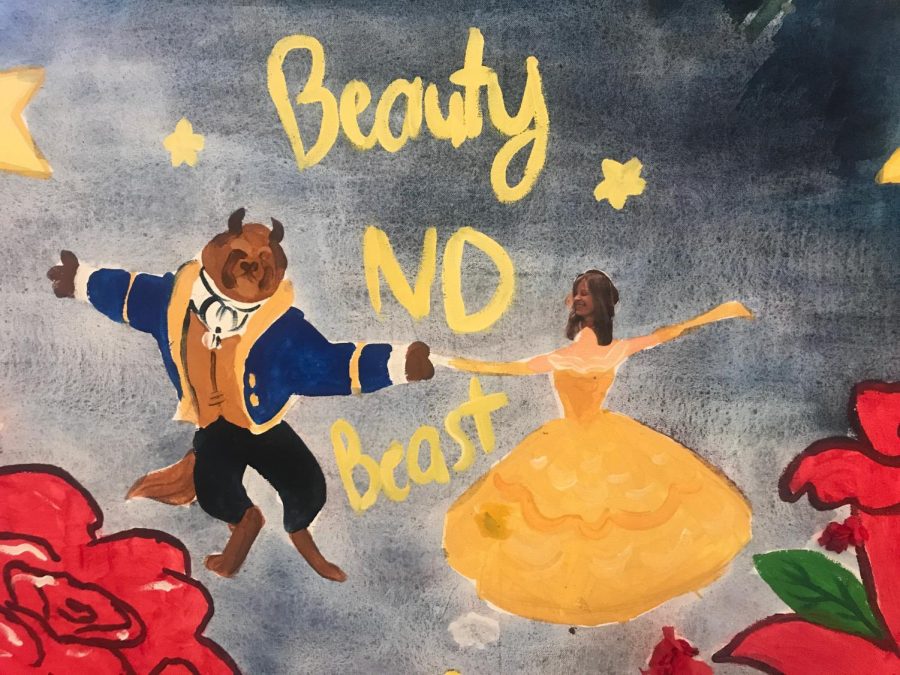 The Gators’ backdrop shows off their class’ romantic comedy them.

The Catalyst interviewed Kelly Nolte, alumna, NDB Class of 2019, and sister of Emma, junior, about what would have been Aquacades.

KN:  I honestly feel the cancelation was a little premature [with the] expectations that the possibility of cancellation could have been made. I just think it is difficult to think about how ASB or the student body feels as Aquacades was the highlight of my four years. Especially last year, knowing how much time and effort went into planning as an ASB officer, it is heartbreaking the school will not get to experience the hard work of this year’s officers. On the contrary, there is so much going on right now and it is hard to know and make plans for the coming weeks, but knowing how important this is to the NDB community as a whole, it is hard to process the cancellation.

KN:  During this time, it is hard to process and fully understand what tomorrow holds, so I can understand why they would cancel, but on the contrary, I do not understand why they did not wait and procrastinate the cancellation. It is such an important event to the NDB community, with so much time and effort and work put into it, and an event, if not all students, most look forward to attending. If it is cancelled, they might as well prepare for prom and grad to be cancelled. I think it was weird to only cancel this event and not the others. Being an alumni, I know they were trying hard to get us to attend this year. I would not have been able to.

KN: If it is over the summer, it is much more likely I could. I think certain people would appreciate it being rescheduled for the summer because, for many, it was their last Aquacades; however, scheduling might be much harder with everyone going in different directions for the summer. A date in the summer is better than nothing though.

TC: People usually look at pictures or videos of last year’s Aquacades to learn what it’s about.  One year from now, what do you want people to know or remember about Aquacades?

KN: This is such a surreal question to answer because, if I miss anything about NDB, it is the way our class, the Titans, would come together as a community for the event. We bonded as a class and as peers. I think it is important for next year’s class to know that it is such an important event for the community, and it was a huge loss having it cancelled, but to know how fun and amazing it has been.

The Catalyst • Copyright 2022 • FLEX WordPress Theme by SNO • Log in