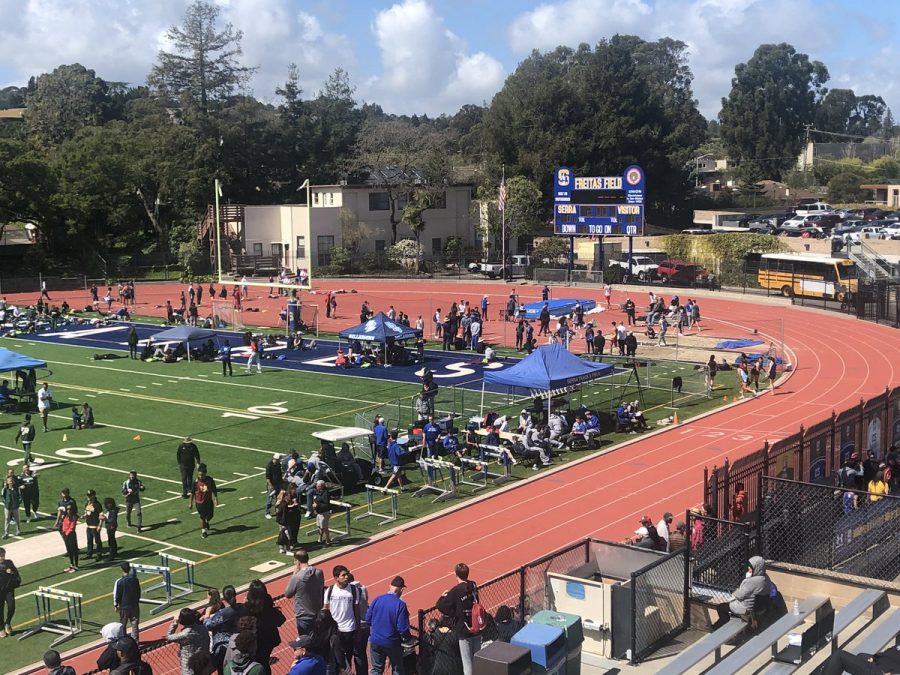 The Catalyst / Photo courtesy of @PadreAthletics

This year’s track team has a strong roster of about forty athletes from all. It has been quite busy on its feet, competing in five meets over the span of eight days. The team has run multiple meets around the Bay Area and even had the opportunity to run one in Southern California.

On March 16, a select group of runners ran at the Marie Smith Malibu Invitational held at Malibu HS.

The team also ran the 32nd Annual Serra Top 7 hosted by Serra HS on March 23. Athletes that finished in the top seven times for each event were awarded a medal.