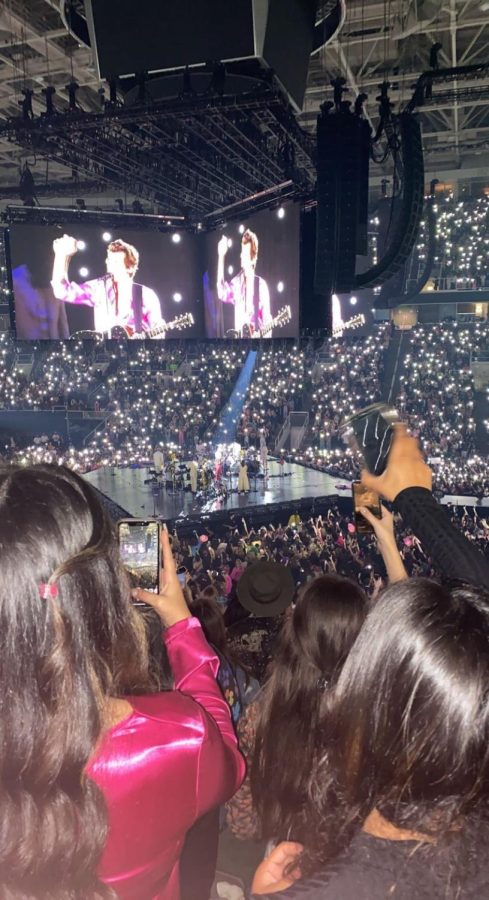 Music lovers are excited to attend indoor concerts as COVID-19 restrictions are lifted.

As mask mandates lift and COVID-19 numbers decrease, attending concerts is starting to be an easier experience than it has been in the past two years. The limited concerts that were available in the height of the COVID-19 pandemic often required a negative COVD-19 test, proof of vaccination and indoor masking. With upcoming concerts, many venues are only recommending masks. This is perfect timing, as many artists are starting their ‘Out of COVID’ tours, with scheduled performances in the Bay Area. Whether you are into country, rock, pop or any other genre of music, there is sure to be something that you are interested in.

The most recent concerts that were held in the Bay Area over the past few months included Charli XCX, Billie Eilish, Journey and Clairo. Charli XCX performed at the Fox Theater on March 26 and 27, while Billie Eilish performed at the Chase Center on March 29. Journey played on the last day of March at the Chase Center, with Clairo playing the same night at the Fox Theater in Redwood City. Tyler the Creator played at the Oakland Arena on April 1, which turned out to be one of the most popular concerts recently. Clairo played again at the Greek Theater in early April.

If you are ready to attend a concert in the future, there are a few options for you. Conan Gray is playing at the Fox Theater on April 13 and 14, while Coldplay is coming to town and playing at Levi’s Stadium on April 23.

If you are looking for a large concert that offers a wide range of artists, BottleRock is for you. BottleRock is a large music festival that features many artists, soon approaching in May. The two day festival features Twenty-One Pilots, Black Crowes, Mount Westmore, and more on the first day. P!nk, Luke Combs, Pitbull, Alessia Cara, Vance Joy and Bleachers are being welcomed to the stage on the second day. If you are interested in attending BottleRock, buying tickets soon would be wise, as they are selling fast.

Hopefully you can find time to attend a concert that you would like to see. If no bands catch your eye at the moment, keep on the lookout for more concerts in the upcoming future.