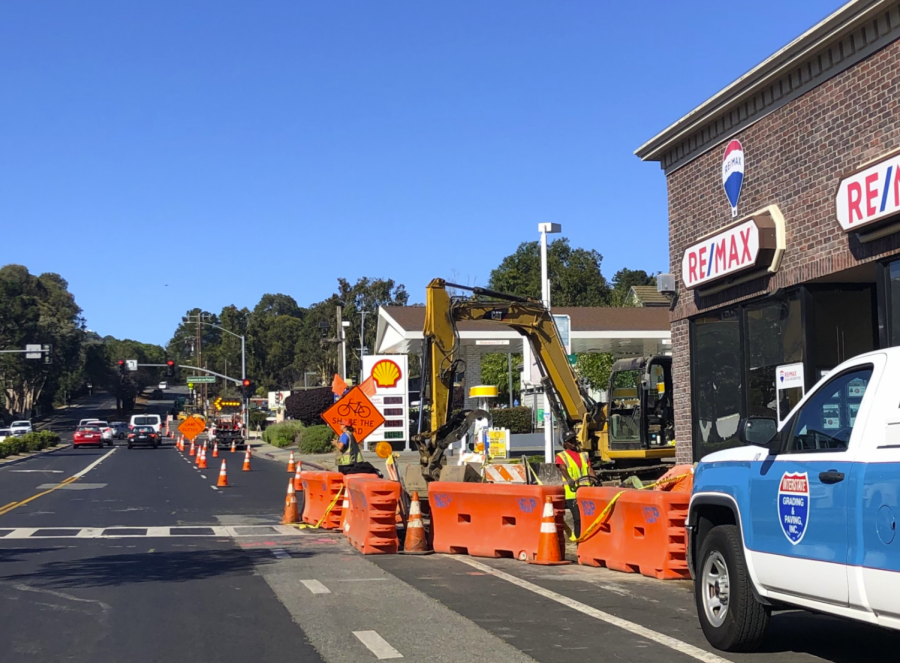 Why are NDB students taking 10-20 minutes longer to get to school this year? What is known as the Ralston Avenue Corridor Project has left commuters frustrated and tardy. The project began the week of June 21, but the city has not yet released an end date for when the job will be complete. According to the Belmont Construction Department (BCD), the objective of all the construction was to widen the sidewalk and make it more crack-resistant. New curb ramps will also be installed at some street corners to meet Americans with Disabilities Act (ADA) guidelines. In the long run, the project will be much appreciated by NDB’s foot traffic, but at the moment it seems to have a more negative impact. What should be a two-minute drive from the Ralston-Alameda intersection to the school has become a traffic nightmare for NDB students and parents alike.

“It’s nerve-wracking trying to get into the school with all the traffic and construction. I hope it dies down soon so I’m not so stressed in the morning. ” said new driver Mallory Moore. Even during the day, there have been loud power tools, disrupting most of the classes in session.

Including preschools, elementary schools, middle schools, and high schools, there are a total of 25 schools in the City of Belmont. Of the 25 schools, about eight of them are on Ralston, the only street to get to NDB. This adds hundreds of more families that need to get to school. As the year continues, the community hopes the traffic will die down and hope to appreciate all the hard work that has gone into fixing up the streets

What can the community do to solve this problem? Wake up a little earlier to ensure a punctual arrival and be patient with other drivers to prevent frustration. Also, practice safe driving to avoid collisions and injury.