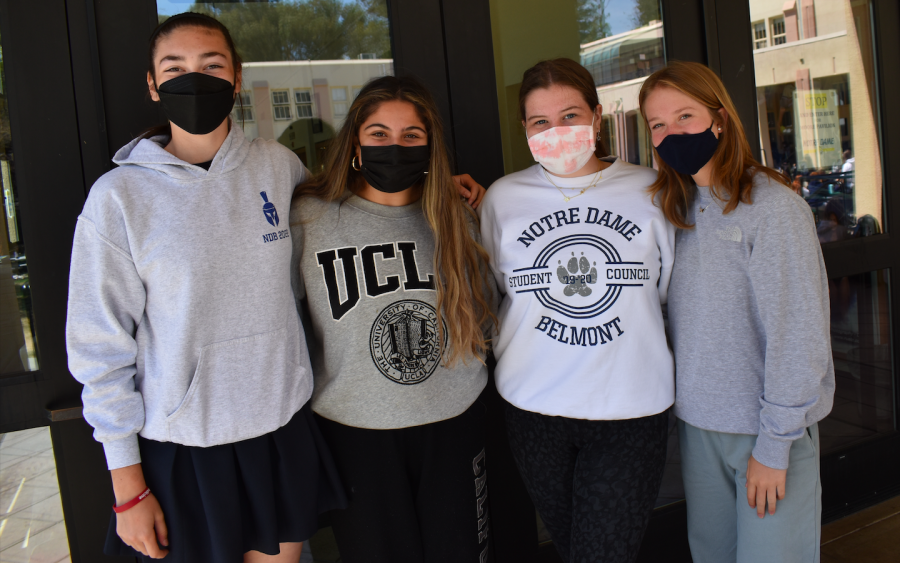 ASB officers are the leaders of the student council and organize student life activities, such as rallies and dances. After a school year with no in-person spirit events, helping all the classes boost their spirit is a priority for the incoming officers.

“I think we can definitely look forward to new ideas for the rallies, and since we haven’t been in school for a year and haven’t had any rallies, I think we will make sure that we make it top-notch,” explained Nikka Ahani.

Taking on a role as an ASB officer requires a lot of work, both before elections and during the time they serve.

“I honestly didn’t think I would make it. I did though, and I’m excited because I think it will be cool to be able to have a say in such a big part in school,” said Marrissa Bergquist. “I also want to make it a place where everyone’s opinion is open and valid and anyone can have a say.”

The ASB officers lead all four classes, but next year they will have the added responsibility this year of teaching the incoming freshmen, sophomores, and juniors, who have never experienced many of the school’s traditions in person, what spirit looks like at NDB.

“My biggest thing for next year is going to be showing the underclassmen the ropes, because since the pandemic, especially now, the current sophomores missed (END ON PAGE 1) out on Aquacades and a lot of rallies, and they don’t really know what a full year at Notre Dame is really like,” commented Sophia Dinelli. “It’s really important to pass on that legacy of rallies, dances, and Aquacades. They need to know how to do that for future years.”

Rallies are an integral part of school spirit, and they are key bonding moments between the sister classes. Most of the sophomores and all of the current freshmen have not ever seen sister class bonds in action.

“I just see so many people dressing up but I think it could be so much more and I really miss our freshman year when or even our sophomore year when everybody was so spirited,” said Stella Jaunich. “Like the rallies were so much fun and I really just want to bring that back. I think, just to get the spirit back and get girls more supporting each other and their sister classes is important.”

Six candidates are elected for ASB, and soon they will be assigned to their roles of President, Vice President, Director of Communications, Director of Athletics, Director of Spirit, and Director of Activities. Next year, the Vice President will also serve as the DEI (Diversity Equity and Inclusion) Representative and will collaborate with the Anti-Racism Task Force to work towards diversity and inclusion in the community.

“I never thought that I would run for ASB,” commented Katie Spencer. “But after being on the Junior Student Council last year, I realized how much I loved being one of my class’s leaders and being able to help my classmates!”

Typically, ASB candidates put posters up in the school hallways in the weeks leading up to the election and would give speeches to the student body. This year, candidates created Instagram-story-sized digital posters and short videos which were shared with students and could also be shared on social media.

“I think it was hard just this whole year not being able to be in person and get to know people from other classes, or just be around people from our own class. It was a little hard to run, not knowing any of the freshmen or any of the sophomores really well,” said Ali Lewis. “You kind of had to use social media a little more or reach out in different ways to get to know people, so it was a little challenging.”

Next year’s ASB officers are excited to serve all four classes and are looking forward to a year filled with spirit.