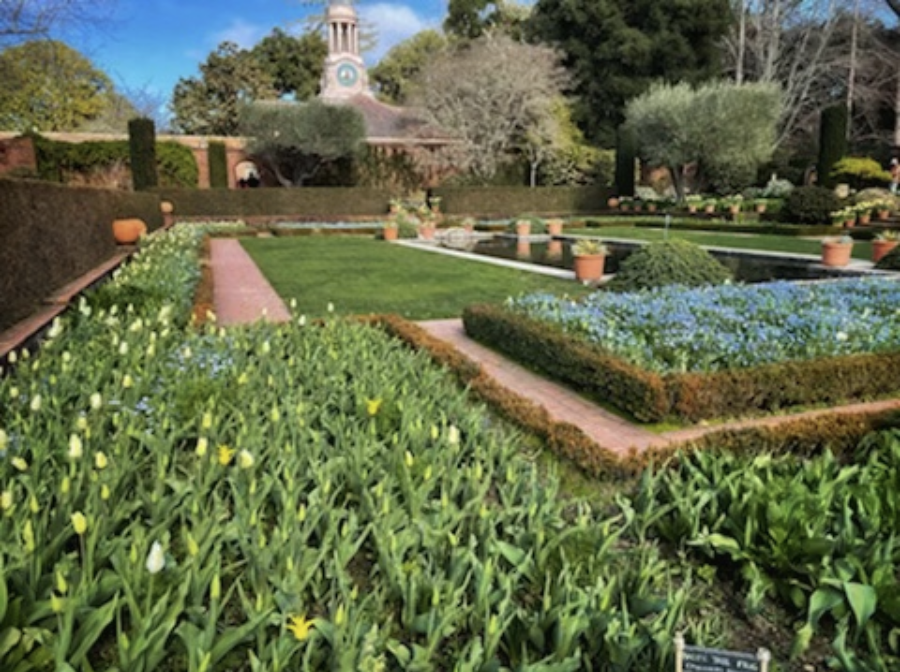 The Filoli gardens and house are a historical site in San Mateo County. The infamous victorian house on the property was originally built in 1917 and the Bourn family was the first to occupy it. Later the Roth family lived in the house before donating it to the National Trust for Historic Preservation.

The Bourn family first built their wealth running multiple businesses during and related to the California gold rush. The most profitable of those businesses was the Empire Gold Mine. William bourn and his wife, Agnus had the house built in 1917, they commissioned architect Willis Polk to design the house. William bourn was the original creator or the name Filoli. The name followed his personal motto: “Fight for a just cause, Love you fellow man, Live a good life.”

The second and only other family to own Filoli was the Roth family. They purchased the property after the death of the bourns in 1937. The Roth family’s wealth came from the Matson Navigation Company. They were the owners of the house and garden up until they donated it to the National Trust for Historic Preservation in 1975.

The garden that surrounds the house has many different types of flowers and plants. Every season a different array of flowers blooms. During the summer some of the favorite blooms are Roses, Delphiniums, and Hydrangeas. During the fall seasons Sunflowers and Cosmos are some of the most popular. The winter blooms are the Camellias and Japanese maples. The spring favorites are Daffodils, Tulips, and Bleeding hearts.

The Filoli gardens are quite a long way down a private road. Once you arrive in the parking lot you are able to wait in a line to check in. While waiting in line there are mostly just trees and small tufts of flower patches.

After being let into the property the first thing to catch your eye is the house. In the house there are still many original decorations, fixtures, and furniture. All of the rooms had some sort of history behind them and there are a total of 56 rooms. There are many important historical events that have taken place in the house.

Some of the most interesting room were the library and kitchen. Seeing all of the old paintings and books in the library is an amazing experience. The kitchens were filled with all of the foods that the families would have eaten and many cool features to make you feel as though you were in a working kitchen.

After looking through all of the rooms you are able to move outside to the gardens. The gardens stretch across the side and back of the house. There are four main parts of the garden, including the pool.

The garden has many different sections with the different blooms for that particular season. It is very beautiful and there are many things you can learn during your visit.