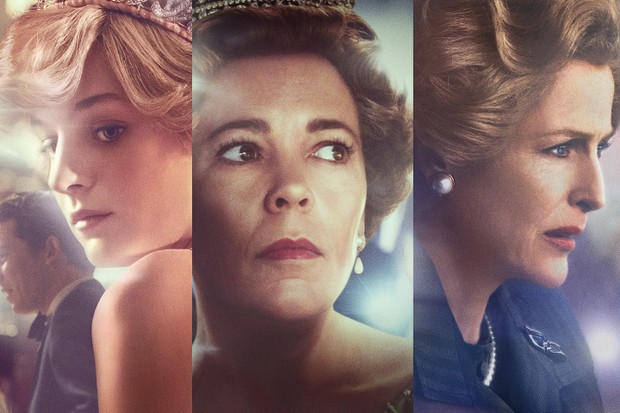 Season 4 of Netflix’s original series “The Crown,” released November 15, 2020, has already greatly surpassed the success of the previous seasons, with close to twice the demand of the first three.

“The Crown” is a historical fiction, providing an inside look into the life of British monarch Queen Elizabeth II and the rest of the royal family. Some rise in the shows’ popularity this year is likely due to the proximity of the events covered. Season 4 covers the 1980s, while the first season started in 1947, and was therefore less relatable. However, this season was also set apart from the rest of the series by its dive into controversial characters, including those within the royal family.

During seasons 1 and 2, it was hard not to root for Claire Foy’s version of the sovereign. She was a scared but brave young woman thrown into a tremendous role after the untimely death of her father, who had to learn to lead a country and stand up to the many male figures, including her husband, who tried to take advantage of her position and inexperience.

However, when Olivia Coleman donned the role of Queen Elizabeth II for seasons 3 and 4, the monarch was no longer cast in such a positive light. This season especially digs deep into the relationship between Elizabeth and her children, highlighting the ways that her parenting (or lack thereof) caused monumental problems for her family. An entire episode, titled “Favourites,” is dedicated to Queen Elizabeth trying to figure out which of her children is her favorite by scheduling lunch dates with all four. During the meetings, it becomes apparent how little she knows about each of them. In particular, she is shocked to see Prince Andrew’s violent and entitled tendencies as he arrives in a fighter jet and laughs about sexual assault, show writer Peter Morgan’s early nod to his later involvement in the Jeffrey Epstein scandal.

Another large factor in the shows’ surge in viewership is the introduction of Lady Diana Spencer, one of the most famous and beloved figures of the 20th century. This season focuses heavily on the tumultuous relationship between the Prince and Princess of Wales, portrayed by Josh O’Connor and Emma Corrin.

Due to the tragic nature of the Princess’s death, many wondered whether the show could accurately and respectfully represent her. However, Morgan based his storyline largely off of the Princess of Wales’ famed interviews with James Colthurst that later became the documentary “Diana: In Her Own Words” (which is also available on Netflix). Therefore, while artistic license was certainly taken in creating the show, Diana’s story is pretty close to the truth.

The addition of first-female Prime Minister Margaret Thatcher in “The Crown” also raises interesting discussions about what it means to be a leader, a mother, and a feminist. Thatcher is a fascinating character, as a pioneer for womens’ rights who simultaneously held many traditional beliefs about gender roles. While she is seen fighting for her voice to be heard and proving her abilities to lead her country through war, she also tells the Queen that women are “too emotional” to be in her cabinet, and insists on clinging to her ‘responsibilities’ as a wife by cooking, cleaning, and unpacking her husband’s bags.

Next year, the series will once again be recast to reflect the increasing ages of the characters, and so Imelda Staunton will take over as Queen Elizabeth. However, it will be hard to top this dynamic season.