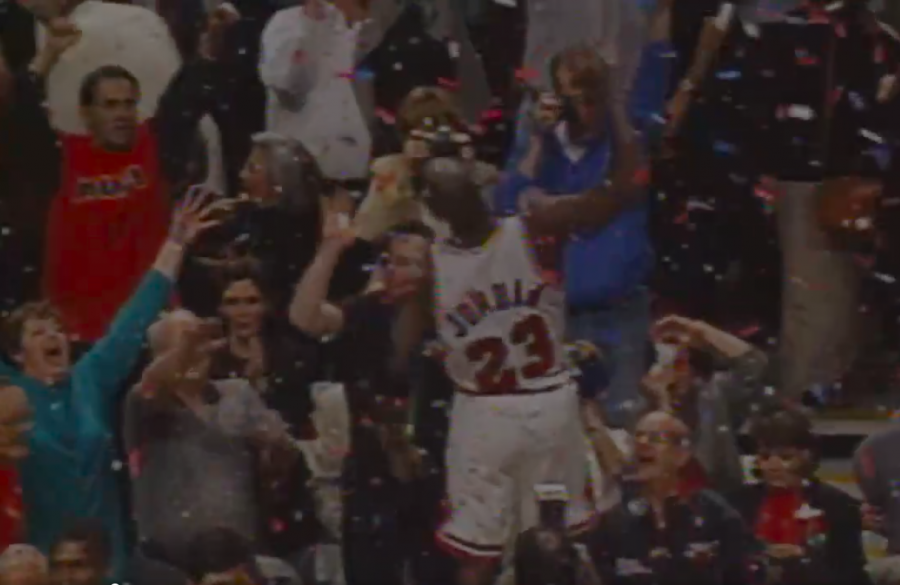 On Sunday, April 19, a new documentary series premiered on ESPN about “the closest thing to God on earth”: Michael Jordan, titled “The Last Dance.” It is set to be a 10 episode series, ending on May 18. The series focuses on the 1997-1998 Chicago Bulls season, including clips from a film crew that followed their entire season, on and off the court. However, before watching the nearly eight and a half-hour series, is it worth it?

The first episode served as a preface for the entire series, almost as a trailer for what is to follow in the future episodes. It introduced all the people who played an important part in the season’s story, focusing on Michael Jordan. Then, it went as far back as Jordan’s high school experience. He was a top high school recruit and eventually committed to play at the University of North Carolina, Chapel Hill to play under Roy Williamson. Even Jordan’s mother, Deloris, spoke highly of the coach. He wanted to help him grow in life off the court as much as he did on. This portioned introduced his growth from “Mike” to “Michael Jordan.”

Slowly, but surely, the plot came around to the NBA draft where M.J. was the third overall draft pick to the Chicago Bulls. Currently, the Bulls are a big part of Chicago culture. But, before Michael Jordan, they were being overshadowed by an indoor soccer team who played in their arena, The Sting. Most games were only a third full of fans, so when he was drafted, the hope was that he would convert the team to a winning one. And, he did. The episode goes through many flashbacks until it finally reaches the 1997-1998 season and the tensions with Jerry Krause.

The series highlights one of the greatest teams at the time and one of the best ever players, the Chicago Bulls and Michael Jordan. Many of M.J.’s fans were around at the time to see him lead the NBA. This documentary gives answers to many questions and fulfills the curiosity of those who were left wondering. For those who were not around to see it, it brings back good memories wrapped in the truth. Although the episode seemed long for just a preface to the series, what it foreshadows coming seems incredible.

The second episode served as a reflection of the “Robin to Michael Jordan’s Batman”: Scottie Pippen, the fifth overall draft pick in 1987. He was the most underrated, overlooked player because of who he was playing with. But, when his teammates were asked, he was everything. Michael Jordan believed that his best teammate was the reason he played the game as he did. ESPN even took the time to dive deeper into his life, going as far back as his youth where he was raised with his eleven siblings by his two parents in a small town in Arkansas. In words spoken by his brother and friend, the hardships he faced were revealed.

In high school, Pippen was an “okay” 6’1″ player, but as he practiced and grew he entered college, he was a 6’8″ forward whose game had picked up and progressed crazily. As he continues to get better and better, he earned his spot as an early draft pick, only the picks were confusing but he eventually settled with the Chicago Bulls. At this point, he would have signed any contract as he desperately needed the money to help his family since he came from poverty. Because of this, he was harshly underpaid. After earning more money, the Bulls refused to negotiate. With much commotion between Pippen and Krause, the ‘97-’98 season was already looking down. Pippen delayed foot surgery so he could live his summer and use the season to recover and prepare. Jordan would be on the court without his right-hand man, a decision he labeled as “selfish.”

The documentary series, “The Last Dance” does not cut anybody any slack. It instead chooses to tell the true story behind the 1997-1998 Chicago Bulls season. Each aspect of the season is publicized for all to see and understand with background information to help the story carry along. The series does not paint any side better than the other.  It allows for the watchers to decide which perspective they follow and, therefore, develop their feelings on the season.