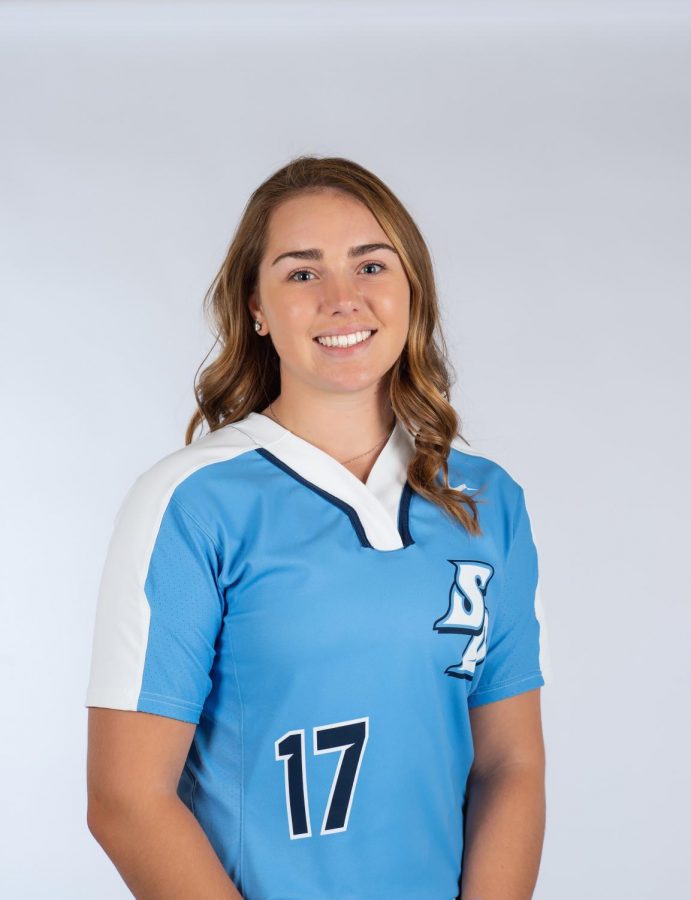 The Catalyst (TC): When you first heard about the potential campus closing due to coronavirus, what were your immediate thoughts? Were you happy to get a break or sad to be coming home? Where was your head at?

TC: Are you doing online classes now or what is the plan for that? How do you think it will all play out for the rest of the year?

ME: They’re giving professors this week off of school to adjust to getting online with zoom. And then starting Monday, we will do classes online but there hasn’t really been much instruction on what that is going to look like. But from what I’ve understood it’s going to be class online at their normal scheduled time. Because it is college and there’s a lot of people who are from different time zones, getting everybody to meet online at the same time I think will be challenging. And also, USD doesn’t offer online classes at all and doesn’t take any online credit. So I think it’ll be a huge shift in just academics in general because they’ve never tackled something like this before. So I think the adjustment period will be a lot longer than other universities who accept online courses and credit.

TC: Now that you are home, how have you been feeling about campus closing?

ME: It’s all different for me just because I was in the middle of my season, so it’s hard being home and not having anything to do. My day was spent doing softball, probably 12 hours a day. So it’s a little difficult being home and literally having nothing to do. It’s going to make next week really hard just because I don’t really know what to expect and I know a lot of other students are in the same boat. And it’s just hard adjusting back to being home,  being at school is really independent so learning to live with people again is an adjustment.

TC: What has been the hardest setback so far?

ME: I think just having to leave. The school wasn’t even over yet. And we were asked to pack up our dorms and get out as soon as possible. That was pretty difficult and then just the unknown of not only the school part but the world. Nobody really knows what’s going on or what the futures gonna hold so I think just kind of trying to cope with not having a lot of information.

TC: Yes, that was my next question. What are your overall thoughts about what’s going on in the world, now with our county specifically being asked to be put on shelter in place, do you have any specific thoughts?

ME: I think that I heard this thing the other day, the superintendent of a school said, we’ll never know if what we did was too much, but it’ll be really apparent if what we didn’t do was not enough, meaning that, yes, we’re closing schools and we’re closing everything and we don’t know if we’re overreacting. Nobody has any idea if that’s what we need to do but if we don’t do this, and people start dying rapidly and we lose an immense amount of numbers. It’s just the risk is not worth the reward. So I think the measures that we’re taking may not be necessary, I’m not a scientist, I have no clue. But, in the end, that this is gonna save people and this is what we think is going to save people it’s what we have to be doing because we don’t need half the population dying off because of this pandemic.

TC: Yeah, that was my final question but I do have a specific question because I do know you are running errands and you ran errands for your grandparents today,  Is it weird being home and not really being able to see anyone?

ME: Yes, it is very weird. I went shopping for them and I have to wash my hands after I go to every store and I wiped down all the products. And what’s been really sad and what I’ve been seeing is that the only people who are really out are older people. And we know those people are the most at risk, but it’s sad because I’m running errands for my grandparents along with some other people, but the elders that are out probably don’t have people who are running errands for them. And that’s why they’re out to do, I think it was really heartbreaking and eye-opening for me. People don’t have a grandchild, or a daughter or son or anything to do this stuff for them, so they are going outside and they’re putting themselves at risk because they have to survive, they have no other option. That’s hard.