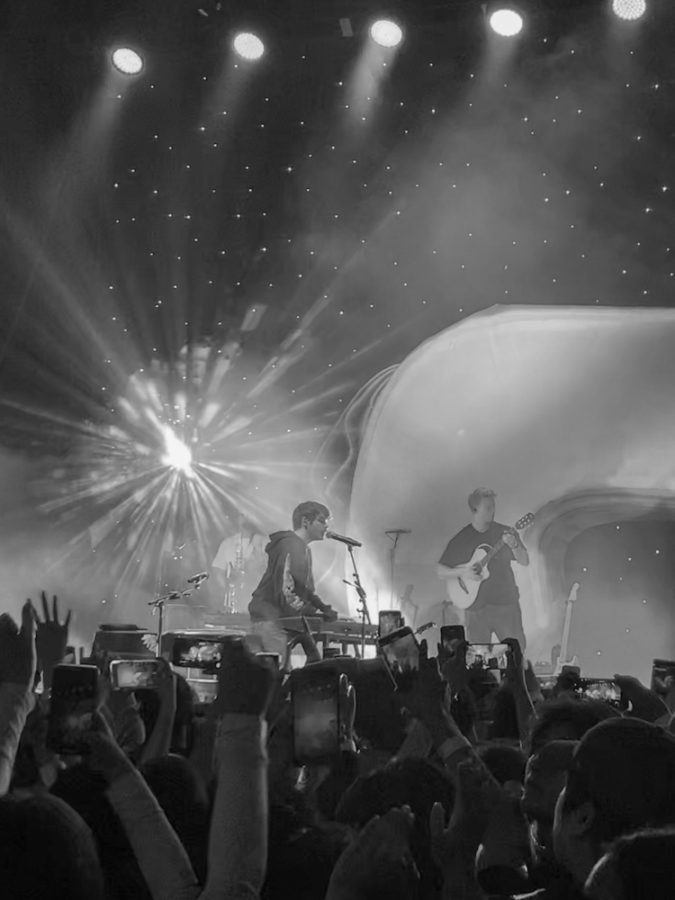 Alexander O’Connor, better known by his stage name, Rex Orange County, is a 21-year-old English recording artist with a unique sound and a rapidly growing celebrity. The singer, musician, and songwriter from Hampshire has a large fan base in California.

This was evident from the enthusiasm of those in attendance at his sold-out concert in San Francisco, held at The Masonic and the fourth stop on his international “Pony” tour. The general admission floor was jam-packed with enthusiastic teenagers and adults.

It was easy to see why the artist has such a wide audience. His songs are emotional, have a clear narrative, and are distinctive. His sound is different from that of most alternative-pop artists. He uses a wide range of instruments in his music, but many of his songs have only piano or guitar instrumentals. One unique aspect of the concert was when a curtain went down in front of his band, and he was alone on-stage with just a guitar. He was able to hold the audience’s attention with no stage set and no backup music, an impressive feat.

One of the best moments of the night was when the solo artist asked the audience to put down the phones that had been blocking audience-member’s views for the entire set. He requested that during the entire song nobody attempt to record him or take picture with an electronic device, hoping that his fans would live in the moment and just enjoy his performance. It brought attention to how often those in attendance at a show are more focused on sharing the moment with their followers, than enjoying it for themselves.

By eliminating this issue, even if only for one song, Rex Orange County cultivated a relationship with his audience that fostered an amazing atmosphere to see live music.