English IV classes presents their versions of the Scottish Play 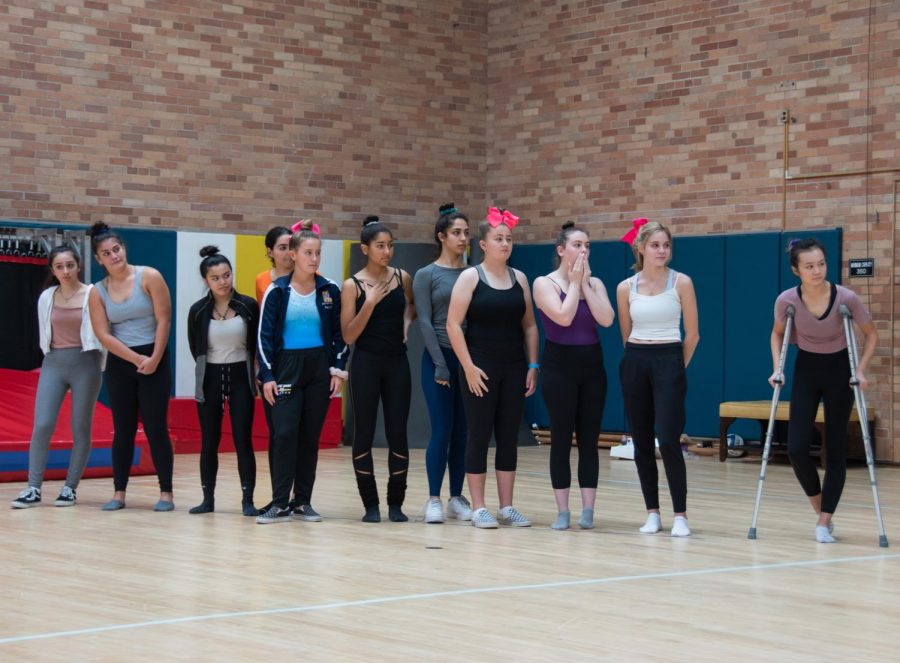 Last Thursday, seniors from two English IV classes performed their versions of William Shakespeare’s play “Macbeth.”  The small gym was converted into a pop-up theater for the plays as students, faculty and staff, as well as family and friends filled a limited number of seats and even the floor to watch each approximately one hour-long play.  Block 1 performed “Mac Dance Moms,” an adaptation based on the reality TV show, “Dance Moms,” while Block 2 put on “Mac Chopped,” a version of the show “Chopped.”

In Shakespeare’s play, the general Macbeth is told by three witches that, in the future, he will become king of Scotland.  With the help of his overly ambitious and manipulative wife, he commits a series of crimes, including murder, to become the king now.  But, his crimes do not stop there as he struggles to keep his power by any means necessary, while people seek justice and revenge against him.

What is now known as “The Macbeth Project” is a six-week-long unit in which seniors study the play “Macbeth” and then, based on a certain theme, write their own version of the script and coordinate the advertising, music, props, wardrobe and other elements needed to adapt and perform the play.

“It was definitely a unique experience, especially for an English class, but it was certainly also a breath of fresh air,” senior Felicia Wei said.  She was part of the “Mac Dance Moms” production.

The project makes students come out of their comfort zones and work with each other like no other class group project since the assignment ends with a play in front of an audience bigger than the class itself.

“There were ups and downs, but I am extremely proud of everyone for rising up to the challenge. It’s for sure one of the most memorable units of my high school career,” Wei added.

In the past, seniors have adapted the Scottish play to fit themes, such as “Grey’s Anatomy,” “iCarly,” and “Willy Wonka and the Chocolate Factory.”

The Macbeth Project is a lesson created by English teachers Adam Currier and Robert Rojas, starting with the Class of 2016.  It was their first time working together on the senior English curriculum, and they wanted to do something big when they taught Shakespeare.  It was opportunity to dive into one of Shakespeare’s classics and understand the deeper meaning behind this particular piece of work.

“We felt that the senior year was a great place to do this because…, as people get ready to go to college and work with people that they’ve never met before, it would be a good way to get the senior class to have to work together on a project that would take all of them working in the same direction to pull it off successfully,” Currier said.

With contributions by Brianna Nunn